What happens if US defaults on debt? 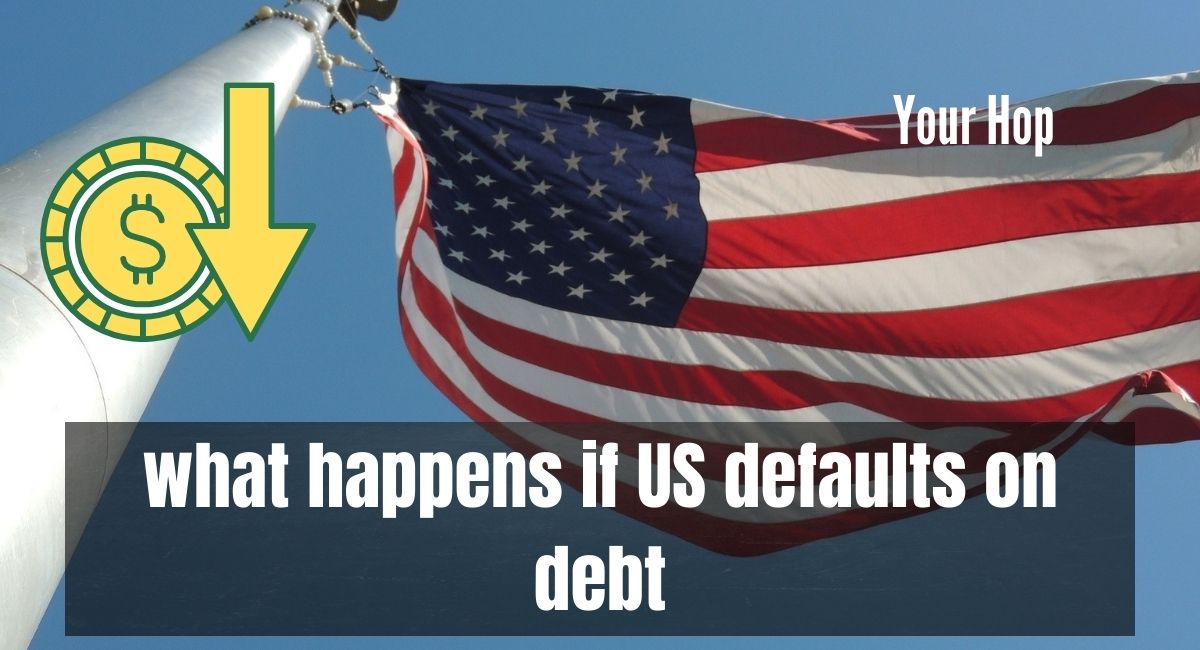 If the US defaults on debt, it will hit on the country’s backbone. It will not be able to borrow any funds, the pension funds and banks holding US debt will fail, the dollar value will take a hit, and people who rely on government support will suffer. The worst and most catastrophic will be the US sinking into recession, and it will take years to revolver from it.

Apart from these effects, many things can happen. So let’s get to know more about the effects if the US defaults on debt.

What will happen if the government defaults?

The default of the US government on the debt will not only affect the US but the whole world too. As the US is the biggest economy in the world, if the US defaults on debt, then the stock markets and financial institutions of other countries will also take a hit.

Speaking just for the US economy, there will be many effects which include:

All of these catastrophic events can happen if the government does not pay back the debt or does not raise or suspend the debt limit.

Has the U.S. ever defaulted on its debt?

Actually, Yes! The US has defaulted on its debt many times. Here is the list of all defaults by the US:

What happens if US defaults on debt to China?

If the US defaulted, China would be forced to accept a lower amount on its loans to the US — i.e., the US Treasuries it owns. However, even if the US repudiated—that is, renounced its debts, as China did following Mao’s takeover—China would own nothing but a large number of worthless US IOUs, just as Chinese debt holders did following 1949.

What happens to gold if US defaults on debt?

The economic data coming out of the United States is one of the primary factors driving the gold price. As a result, the precious metal is almost certain to be impacted if a default occurs. When debt levels increase, investors become concerned about the debt’s sustainability. If they lose faith in the US economy, they will sell the dollar and buy gold, resulting in an increase in gold prices.

So it is most likely that if the US defaults on its debt, then the price of gold will rise, and the dependency on gold will increase. The countries will also show faith in gold in those times.

Read Also: what is the average American credit card debt per household

What happens to crypto if US defaults on debt?

They would soar in value. The dollar and treasuries of the United States are popular investment options for many countries. If the US were to default, the dollar would collapse, and large foreign institutions would seek to store value in crypto and gold.

What happens to stock market if US defaults on debt?

According to Moody’s, stock prices would likely fall by one-third, resulting in a $15 trillion loss in household wealth. At least until the debt ceiling issue is resolved and Treasury payments resume, mortgage rates, Treasury yields, and other consumer and corporate borrowing rates will spike.

Even then, rates never return to their previous levels. Because US Treasury securities would no longer be risk-free, future generations of Americans would face severe economic consequences.

This would be a double whammy for small business owners, as their retirement savings would dwindle, and they would lose business from consumers dealing with their lost nest egg. In addition, small businesses may find it more difficult to get into the supply chain of larger public companies because of this loss of value.

Where to invest if US defaults?

In case US defaults, then you will still have many options to invest in, which will be safer than investing in US, at that time. Here are all the possible options for you to invest your money:

So this was all about the results of what happens if US defaults on debt. Surely, the impact of the US default will be on the whole world, but that is unlikely to happen. The US is the biggest economy in the world, and it will surely have its way back even after high amounts of debt.

What is a good debt-to-income ratio for a car loan?

What is a good debt-to-income ratio to buy a house?