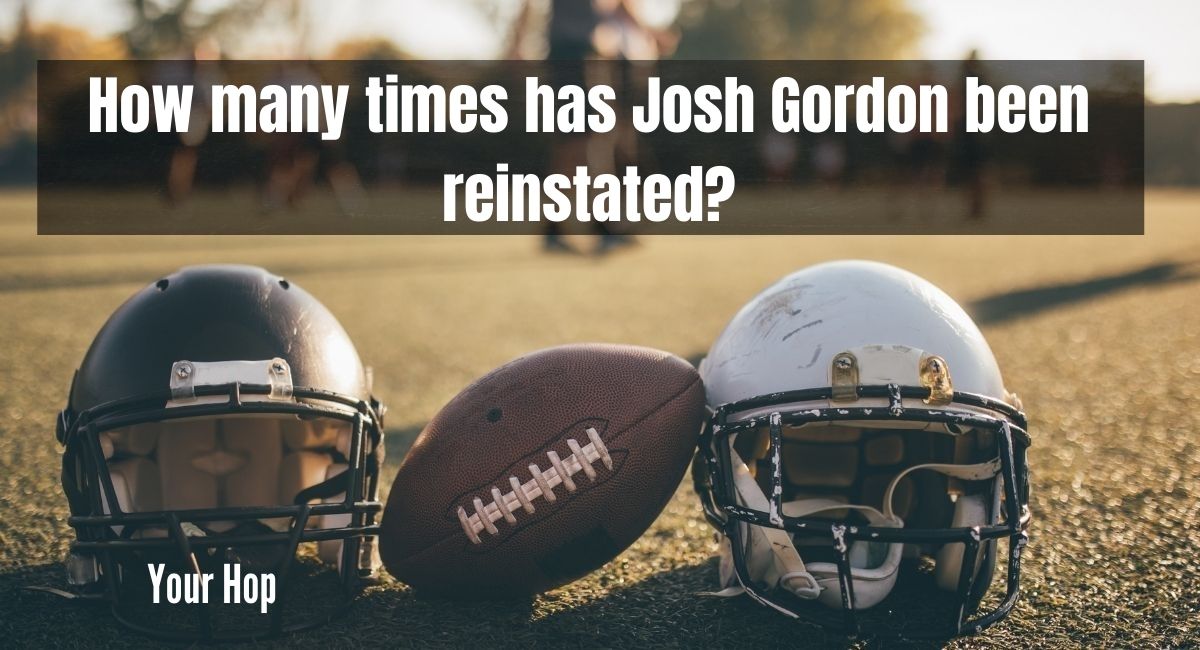 Josh Gordon, the Veteran wide receiver, has been reinstated six times after his suspension from the league for six times. For the sixth time, he was signed to the Chiefs for their active roster. He was suspended by the NFL last time on 15 January 2021, when he violated the league’s drug-abuse policies.

Gordon, 29 years old, has been suspended six times by the NFL and has played nearly the equivalent of four complete seasons over the past nine years. He has 247 receptions in his career and was a 2013 All-Pro with the Cleveland Browns.

How many times has Josh Gordon been suspended?

Josh Gordon has been suspended for six times till now, and his last suspension was on 15 January 2021, when he was suspended for drug abuse and other performance-enhancing substance abuse.

Let’s have a look at the history of Josh Gordon’s Suspension:

First Suspension: (7 June 2013)- Gordon gets suspended for the first time by the NFL for breaching the league’s substance abuse policy. He missed the first two games of the season for the Browns.

Fourth suspension: (3 February 2015)- Gordon is again suspended for a year without pay by the NFL and cannot return until the start of the 2016 season.

Fifth suspension: (16 December 2019)- The NFL has suspended Gordon indefinitely without pay for violating its policies on performance-enhancing drugs and substances of abuse. It is his sixth suspension in the NFL since 2013.

Despite his various suspensions by the NFL, Josh Gordon, the veteran wide receiver, again and again gets reinstated by the NFL. The NFL has reinstated him for six times after his six suspensions and some being a year long.

Second Reinstatement: (17 November 2014)- The NFL has reinstated Gordon. That week, in his first game, he scorched the Falcons with eight receptions for 120 yards.

Third Reinstatement (25 July 2016)- Gordon gets restored by the NFL with the stipulation that he can participate in training camp, but his suspension for the first four games of the regular season remains in effect.

Fourth Reinstatement (1 November 2017)- Gordon is restored to the NFL on a conditional basis and is eligible to participate in Week 13 for the Browns.

Fifth Reinstatement (18 June 2020)- Gordon submits a reinstatement request to the NFL. Goodell will oversee and make the final decision about the wide receiver’s Reinstatement.

So this was all about Josh Gordon’s suspensions and reinstatements. Josh Gordon has played wide receiver for the Cleveland Browns, New England Patriots, and now the Seattle Seahawks. With his most recent suspension lifted, the troublesome wide receiver can once again play in the NFL. Let’s see how his next season goes and will stay reinstated or not.

How to get Amazon Music Unlimited?

How does Amazon Home Services work?