The Different Types Of Drills You Need to Know 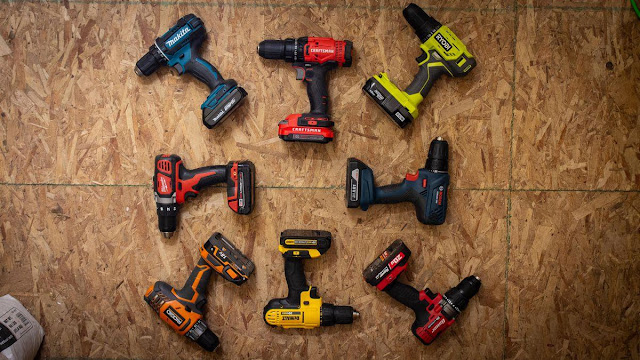 A drill is a power tool for drilling holes of different diameters in materials. We can also speak of a drill for tools with larger dimensions. The drill has been around for centuries, in its non-electric form. Its archaic, artisanal look was the starting point for later more modern drills. Commonly known as the crankshaft, the drill appeared in the middle of the 15th century. Manual, they quickly became electric in the modern era. Adopting the same function, the different types of drills each have defined characteristics.

Although increasingly rare, the manual drill remains a tool still widely used in craft workshops. It has a mandrel which is used to tighten the bits. With the help of a crank, a driving force is supplied and gives off the necessary power so that the tool can pierce. Its appearance is not very attractive, but it remains very effective. It should not be confused with a crankshaft. The manual drill is made with iron which gives it very good resistance.

Having only an internal power supply, the cordless drill is not connected to any cables. It is equipped with an internal motor which draws its energy through electric batteries. The cordless drill can also be a screwdriver. It is very handy and remains a tool of choice when there is no electricity making it one of the best drilling machines for home use.

However, with batteries as the only source of energy, the cordless drill has little power compared to other drills. Once the battery is flat, it is recharged on a specific base. It is a special device to provide it with the necessary energy. The body of the cordless drill is made mostly of plastic and iron to protect the internal motor.

The hammer drill is similar to all other drills but with a chuck. The chuck can be self-tightening or keyed. What makes this type of drill special is its percussion function. This function allows it to drill hard materials such as concrete or bricks. With numbered references, however, a hammer drill chuck is not suitable for all types of drilling. For even harder materials, another category of drill must be used.

The drill press is a stationary drill. It is used in workshops. Fixing is done on a workbench or directly on the floor. With a very substantial impact force, its immobilization is necessary for precise work. It is generally used for hard materials like steel and can make a hole with a diameter of 30mm. The drill press operates via a motor at a few hundred watts. A gearbox engages and the spindle turns according to the energy supplied.

The table on which the vice is located is removable so that you can drill holes in rotation or with simple pivot movements of a few degrees. The depth of each hole is measurable through a graduated batten. A measuring instrument which fulfills an important function in chambering, milling and counterboring.

The perforator is the result of the force generated by a simple drill and a hammer drill. Having only one body, this tool is very versatile. Officially created in the 1980s after a great fame and a rise in demand, the perforator allows you to switch to various modes. A function selector (various levels) allows you to choose the right force to perform a specific job.

Thus, we can go from a simple drilling, percussion only to a drilling with percussion. The perforator uses drill holders as well as standard bits. The power of the perforator is stronger than other drills because its internal workings have been adapted for strong shocks. It is expressed in watts with an impact energy formulated in joules. The perforator is easy to use.

The radial drill is similar to a drill press. Except that the radial drill has a spindle attached to a carriage which slides along an arm. It is therefore a machine with a removable part. Drilling can also be done along horizontal axes or at different degrees. This kind of drill is used for very precise results and holes being in different places. The radial drill is also the right tool for drilling materials of various shapes.

The magnetic base drill

The magnetic base drill is used in the magnetic frame. It has a body similar to a traditional drill with a magnetic base. This magnetic base is magnetized and allows the metal to easily attach to it. It is supplied with current and must be accompanied by a safety chain. This is to prevent falls suddenly caused by power cuts.

It is supplied by compressed air. It is especially car garages that use this type of drill. It is connected to tanks via a pipe. Easy to use, its appearance resembles an ordinary drill. Developed to be used only on tires, the pneumatic drill has an impact force calculated according to the strength of each tire even if the latter is inflated to the maximum.

It is also a stationary drill like the drill press. But unlike the latter, the multi-spindle drill has several drill holders. The device is an excellent alternative for drilling many holes simultaneously on the same material. With identical diameters, the holes look like two drops of water. It is also possible to obtain holes of different dimensions at selected locations.

It is a drilling machine that operates via an electric motor which compresses the air via a piston. In addition to its function as a drill, the air hammer can also complete masonry work. By changing some parts of the air hammer, it can also perform the functions of an impact drill.