Short Essay on Space Exploration Advantages and Disadvantages for Students 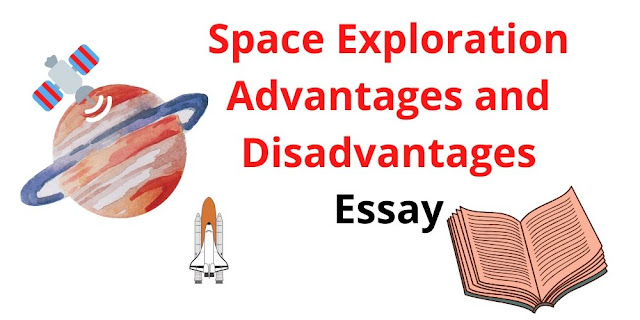 Space exploration is a subject in which every human is interested From childhood, growing up, we do not know how many questions we ask ourselves while looking at the stars in the sky. And this curiosity inspires us to know them better, This is why humans have been continuously developing such methods and resources for centuries to gather more information about space.

The first disadvantage of space exploration is associated with the economy of any country because all the technologies related to space are very expensive and fragile in which there is a very high risk of loss. One wrong move can destroy both rockets and satellites worth crores of rupees. Some even argue That developing countries like India should also invest money to improve education and health services because India still has a lot of poverty.

Rockets known for space exploration consume a huge amount of fuel which goes on polluting huge amounts. Not only this, while reaching space, he leaves his non-essential devices in the outer orbit of the earth, which become a very small part of the waste and spread in space. And also fall in our seas, due to which the sea creatures eat them as food.

Many satellites are released into space, some countries use to monitor other countries. Which creates an atmosphere of mistrust in the world

Along with this, there are some great benefits of space exploration. The biggest advantage in this is knowing the planet Earth and the world in which we have been living for thousands of years. It tells us our reality where we came from.

Various missions sent to space are related to the medical field, which includes various types of research on the International Space Station. Which shows us the different effects on the human body by being in space Which we can get to know the human body better by comparing it with the data on earth

Many satellites are used for meteorological information. So that we can prepare accordingly in the coming time

Along with this, modern technology such as GPS map satellite TV was made possible due to the technology developed during space exploration.

We know that space is a very dangerous place and our Earth keeps circling the sun in such a dangerous place and various types of astroids constantly hit the earth, one of which astroid completely destroyed the dinosaur. By knowing more about space, we can make mankind aware of such dangers before