When soil Available at a construction site is not Suitable For our construction Due is its low-level Property, then its required to improved engineering property (like Permeability, Shear strength ) and make our soil ready for construction, all these processes of improving soil is called Soil stabilization. the stabilization of any soil includes the term compaction, drainage, and Preconsolidation mean these cover in the stabilization process.

With the help of the soil stabilization process, we quickly make good workability condition on any type of soil. specially trafficable area and in case of emergency military movement. 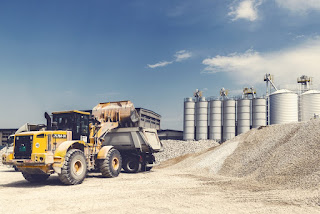 When lime is added to the soil its case decrease in the plasticity of the soil because of reaction with adsorbed water.lime is generally used for the improvement of Subgrade
Generally Hydrate lime used the amount of lime mix with soil is between 2 – 10 % but in a case when lime only used for improved soil chemical characteristic 1 – 3% is sufficient.
Some soil like the sandy soil is not influenced by lime effect, this type of soil is combined with clay and fly ash before mixing with Lime to obtain proper property of soil.

There are Many chemicals which added to soil for the purpose of soil stabilization
Calcium Chloride –
It gives reaction effect to the soil mater and reduced Loss of Moisture. Due to calcium chloride soil to absorbed water easily so this special importance to the soil like Silty and clay which reduced strength due to increase in water.
Calcium Chloride also reduced frost Heave or freezing point of soil.
Sodium Chloride –
This is added to the soil by proper mixing and when mix to soil it forms a dense hard soil mass, the general added percentage is 1% of soil.

Sodium silicate –
this is injected to soil mass which makes soil impervious and increases the strength of the soil. but the strength and the impervious property reduced when soil mass come in contact with air and water.

Basically, a Desire Grading of soil is obtained by proper balancing the quantity of coarse grain and fine grain soil. in term of mechanical stabilization coarse graded soil is aggregate and fine graded soil is the binder.
when we mix these two ( aggregate give resistance to compression and strength and binder give stability to aggregate to its place) a stable soil surface is archive which has a high bearing capacity as compare to without stabilization.

This is generally for Clay Soil. in this type of stabilization process electric current pass throw soil mass which gives pore water charge migration . and strength of soil increase due to water removal.

Advantages and Disadvantages of soil stabilization.

The main disadvantages of soil stabilization are the economy. because lots of money required to improve the soil by stablization and also skill labour is necessory for the operation.
Most of the Soil stabilization does not improve soil Property for a long time. after some time losses have come.